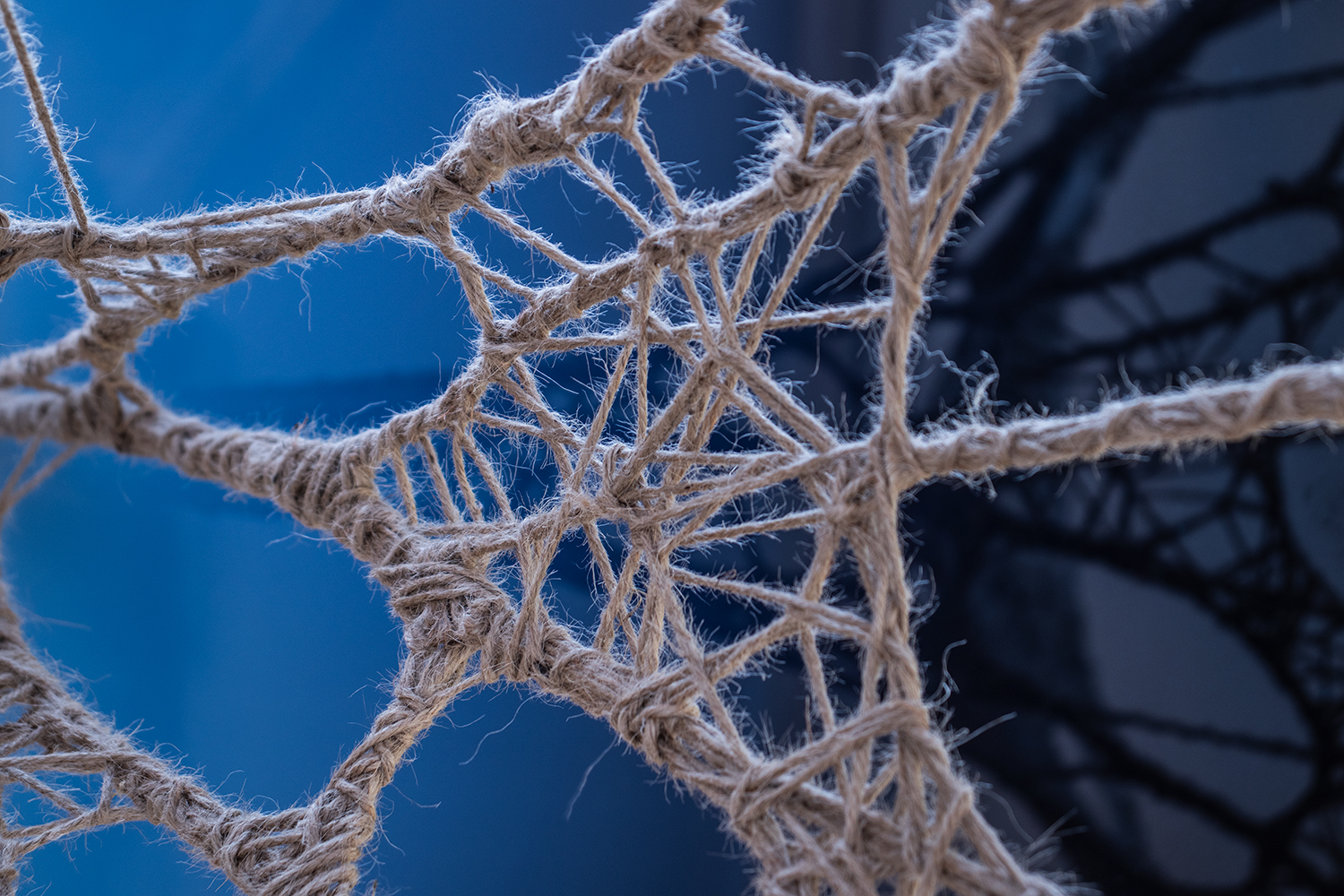 For MESH’s Show Box #9 Jake Kelly and Donald Schenkel create an installation of networked string and a reflective mural. In this process both artists contributed towards each other’s individual practices via persistent challenges aimed at encouraging experimentation. Through the collaboration they transformed Kelly’s two-dimensional constructions into a room sized installation, using the entirety of Mesh as its frame. Simultaneously they pushed Schenkel’s oil painted objects into a mural that is highly pigmented and glossy, thus exploring a new surface.

Kelly is fascinated by the simple act of making a line. The foundation of our shared human culture from ancient cave paintings to 3D printing can be traced fundamentally to lines. Kelly calls upon the significance and history of lines as the foundation of his practice. His work manifests sculpturally through the use of humble materials such as string and wood. The use of democratised materials is significant as a statement for the accessibility of art for everyone. Kelly has appropriated these materials for the development of his own intuitive technique with a decade’s worth of refinement creating intricate networks of string and paint.

Kelly was initially trained as a painter. Over the years he became increasingly preoccupied with the sculptural deconstruction of the painting until the works were no longer recognisable as paintings but as explorations of networks referred to as constructions. The stretcher is the basis of these constructions. For the site specific installation at Mesh he used the whole space as the stretcher for his line sculpture.

Schenkel’s work revolves around the materiality of oil paint and he creates contemplative and immersive gradient paintings and objects. Oil paint has been famed since its invention for its translucency and glossiness, two characteristics that Schenkel also found in materials like glass, perspex and mirrors. He currently works with making paintings, installations and sculptures with these different materials. For the mural at MESH’s show box Schenkel started a new series of experiments with acrylic in search of its potential as a transparent and reflective material. The initial concept arose from the idea to create a reflective mural that would mirror a fractured image of Kelly’s string sculpture. This fascination for a deeply coloured and reflective mural springs from the apparent paradox between the solid wall and the depth expressed by the painting. A reflective surface suggests a deeper space behind it, while it is in fact the experience of the reflected space in front of the wall that enchants us, not the space behind the wall.